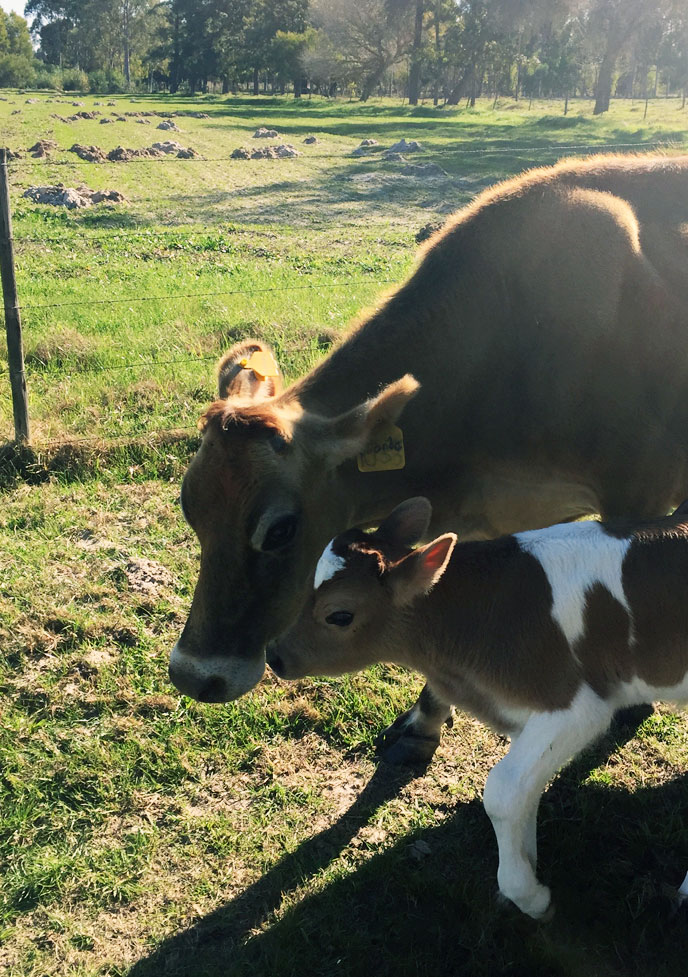 In April, the U.S. Department of Agriculture (USDA) proposed new Organic Livestock and Poultry Practices (OLPP) in an effort to “bring greater consistency and transparency” to the USDA organic standards. If the new rules are finalized, the Obama administration is poised to institute a set of long-awaited changes that could improve animal welfare in four areas of organic livestock and poultry practices, including living conditions, healthcare, transport, and slaughter.

But there’s no guarantee that the proposed rules will become law before the next administration takes over. Here’s what you need to know:

The rules would fix language full of loopholes.

Most of the current rules regarding animals on organic farms were written in the late 90s and put into effect back in 2001. The rules require “living conditions which accommodate the health and natural behavior or animals,” and “access for all animals to the outdoors, shade, shelter, exercise areas, fresh air, clean water for drinking, and direct sunlight.” But they don’t specify how exactly that should happen, allowing for a wide range of interpretations.

“One of the most significant issues for all animals is true outdoor access and contact with the ground,” says Suzanne McMillan, director of the Farm Animal Welfare campaign for the American Society for the Prevention of Cruelty to Animals (ASPCA). The new rules come after years of formal recommendations by the National Organic Standards Board (NOSB), a public advisory group made up of farmers, scientists, and other representatives. They not only specify that barns should have adequate exits so that animals can and do go outdoors, but they also mandate that the animals have to be on at least 50 percent soil, rather than concrete for example (with vegetative cover recommended but not required for the other 50 percent).

While the new NOP standards would affect living conditions and treatment for all species (it would restrict tail docking in cattle, sheep and pigs, for instance), this round of changes is largely seen as impacting poultry. That’s because the standards for grazing animals on organic farms were already changed significantly in 2010, when the Access to Pasture Rule dictated that they had to spend a minimum of 120 days grazing on pasture every year.

As organic has grown from a niche market into a thriving economic force—surging 11 percent to $39.7 billion in 2015—producers have begun to loosen their interpretations of the animal welfare rules. The result is a sizable gap between what consumers believe and what is true about the organic meat, milk, cheese, chicken, or eggs bearing the green-and-white USDA certified organic seal.

“We’re seeing this trend where producers are finding the organic seal in and of itself is not enough to meet consumers’ expectations,” said Nate Lewis, Senior Crops and Livestock Specialist at the Organic Trade Association (OTA).

Take eggs. According to a detailed 2015 report on organic egg operations from the Cornucopia Institute, organic egg farms in the U.S. range from smaller pasture-based operations (which keep birds outside for the bulk of the day) to large indoor spaces with small doors to the outdoors that are taken advantage of by very few birds. “You may see 100 to 200 hens outside these barns, while the other 19,800 hens remain indoors,” write the authors. It can also include buildings with “small outdoor runs ranging from 2 to 10 square feet per bird” and porches, or attached screened-in areas with solid roofs.

All of these options currently qualify as “outdoor access,” but the porches are seen by many as the most creative use of the term.

These exceptions have created a lucrative opportunity for large-scale egg producers to enter the organic egg market while confining laying hens to multi-story aviaries. “This is certainly no reasonable person’s definition of outdoor access,” said McMillan.

According to OTA data (protected by their paywall), organically certified egg producers operating porch systems made up five percent of the organic farms in 2014, but Lewis said those farms accounted for 25 percent of the eggs on the market and that number has has grown steadily since then. And the USDA’s Agricultural Marketing Service AMS (keeper of the standards) estimates that 50 percent of organic eggs—or six out of every dozen—sold nationwide come from hens that never set foot outdoors.

Big egg producers are pushing back.

Herbruck’s Poultry Ranch, an Eggland’s Best franchisee based in Minnesota, currently raises 8.5 million hens for the conventional, cage-free, non-GMO, and organic markets in cooperation with about 70 contract growers. Of the total number of laying hens, two million are raised according to the current organic standards in barns with porches.

The thought of letting hens go outside alarms Greg Herbruck, Vice President of Operations. “The avian bird flu is fresh in our minds,” he said, referring to the 2015 outbreak, the worst in U.S. history. Herbruck supports new indoor space requirement rules that would enhance natural behaviors, like roosting. But when it comes to outdoor access, he says the biosecurity risks are deal breaker. “There’s too much emotion and not enough science being considered,” Herbruck told Civil Eats.

Certainly, safeguarding animal health is every producer’s priority. But it is not the only one. In a letter from Cal-Main’s Vice President of Operations posted to the USDA’s public comment site, the country’s largest producer of conventional and organic eggs described grave economic impacts across the supply and retail chains. Requiring organic eggs to come from birds living outside except when weather and or other hazardous conditions is a more expensive proposition across the board, but especially for those invested in porch systems. “We don’t have the land base to do this,” said Herbruck. “The buildings are already built.”

For these reasons and others, some large egg producers spent several months this spring lobbying members of the House and Senate Agriculture Committees. According to Open Secrets, the poultry and egg producers have contributed over $250,000 to members of Congress so far this year.

Days before the original public comment period was set to end in June month, the Obama Administration agreed to extend it by 30 days to July 13. And while 30 days may not seem like much time, advocates worry that it could set the whole process back and ensuring that there will not be enough time to finalize the OLPP rule before the next administration takes office.

In May, a rider was drafted in the Senate Appropriations process that would lock down funding for OLPP, essentially killing it. That threat persists. According to the Environmental Working Group, the Senate could still vote on an amendment to the USDA spending bill freezing funds for the new rules as early as this week or it could crop up again later in the fall.

“The idea that large agribusiness and their Congress people are telling consumers they’re wrong just flies in the face of what organics has been built upon,” said Lewis of OTA.

Many farmers and trade groups support the changes.

John Brunnquell, owner of Egg Innovations, is one of the organic egg producers whose practices already meet or exceed the newly proposed rules. “There’s a lot of fear mongering going on,” he said. Of the 60-plus Egg Innovations-contracted farms in five different states where all of the chickens live on pasture, he says the company suffered no Avian flu losses last year. “Last year there were 225 confined premises that got Avian flu,” said Brunnquell. “It would appear based on the data that confinement is the problem.”

For spirit-of-the-law organic producers, much is riding on the new rules. “There will be a winner and a loser,” said Brunnquell. And while the rules won’t exactly level the playing fields between small pasture-based operations and larger organic operations, if they fail, the majority of the producers which provide genuine outdoor access will have a permanent disadvantage in the costs of production. And these impacts would be felt not only in the egg industry, but across all sectors of organic agriculture, from broilers and turkeys to pork, beef, and dairy.

The USDA will allow farms a five-year transition period to the outdoor access requirement. (All other regulations go into effect in one year.) Brunnquell and others say that pasture-based organic egg companies such as Egg Innovations, Pete & Gerry’s, and Vital Farms stand ready to fill the void, even if pastured organic eggs are generally priced higher than other organic eggs.

Organic Valley CEO George Siemon has participated in federal organic regulations since the Organic Foods Production Act of 1990. He recalled the noisy resistance when the 2010 Access to Pasture Rule passed. “Since 1989, I’ve seen storm after storm,” said Siemon. “Mostly the standards just get better and better every time we go through this process.”

Some say the new standards could go further.

A number of consumer groups, animal welfare advocates, and the majority of the organic industry support the USDA’s move to strengthen the organic label. The consensus is that a clearer standard, even a nominal one, is better than a vague one.

“Organics is about consumer preference in the marketplace and working with organic farmers to meet those demands,” said Lewis of OTA. “There’s always a give and take there.”

But some advocates are asking whether the new rules would make meaningful enough changes for the living conditions and treatment of organic livestock and poultry. “It isn’t half of what it should be, but it’s better than nothing,” said Alexis Baden-Mayer, Organic Consumer Association’s political director.

“It would be nice for organic to be everything that consumers think it is,” she said. These rules won’t achieve the gold standard for USDA Organics, but Baden-Mayer adds, “If the rule is finalized, it is going to be much better for animals, better for farmers, better for consumers.”